Rosalía de Castro was born in Santiago de Compostela in 1837 in a house in Camiño Novo, now called Avenida de Rosalía de Castro. Her mother, María Teresa de la Cruz de Castro y Abadía, was from a noble family, and her father, José Martínez Viojo, was a priest in the Collegiate Church of Iria. In 1858 she married the historian and writer Manuel Murguía, with whom she had seven children.

Rosalía de Castro is considered the representative Galician writer in the world. On the one hand, she was the writer that best depicted the sufferings and hopes of an entire people, the one that best identified with the aspirations of working-class Galicia. On the other hand, as a woman she constantly condemned the social, political and literary discrimination experienced by women and made them the protagonists of her extraordinary literary output, in Galician and in Spanish, in prose or poetry. There is probably no better symbol of her life and work than the Sar River, which also forms the backbone of this proposed route.

“In Rosalía’s Footsteps” is a documented update by Anxo Angueira (President of the Rosalía de Castro Foundation) of the route proposed by Avelino Abuín de Tembra in 1980, which he himself introduced as follows:

“The Rosalía Route is a logical itinerary that follows Rosalía de Castro’s life, from her birthplace, the different places where she lived and ends where her ashes are kept. (…).

It follows the itineraries along which she travelled, meditating at the spots where Rosalía meditated. It is closely identified with Rosalía and therefore with Galicia. But, of course, the ROUTE can be adapted to each person’s needs, as regards the length and order of the itinerary. This is a pilgrimage of intimate memories. A simple informative text is provided to visitors who come to remember Rosalía like a heartbeat within us.”

This proposal of an updated #RosalíaRoute passes through the municipalities of Ames, Brión, Dodro, Padrón and Santiago along the banks of the Sar River. A river that was, in Rosalía’s case, a literary river, as well as the river of her life. 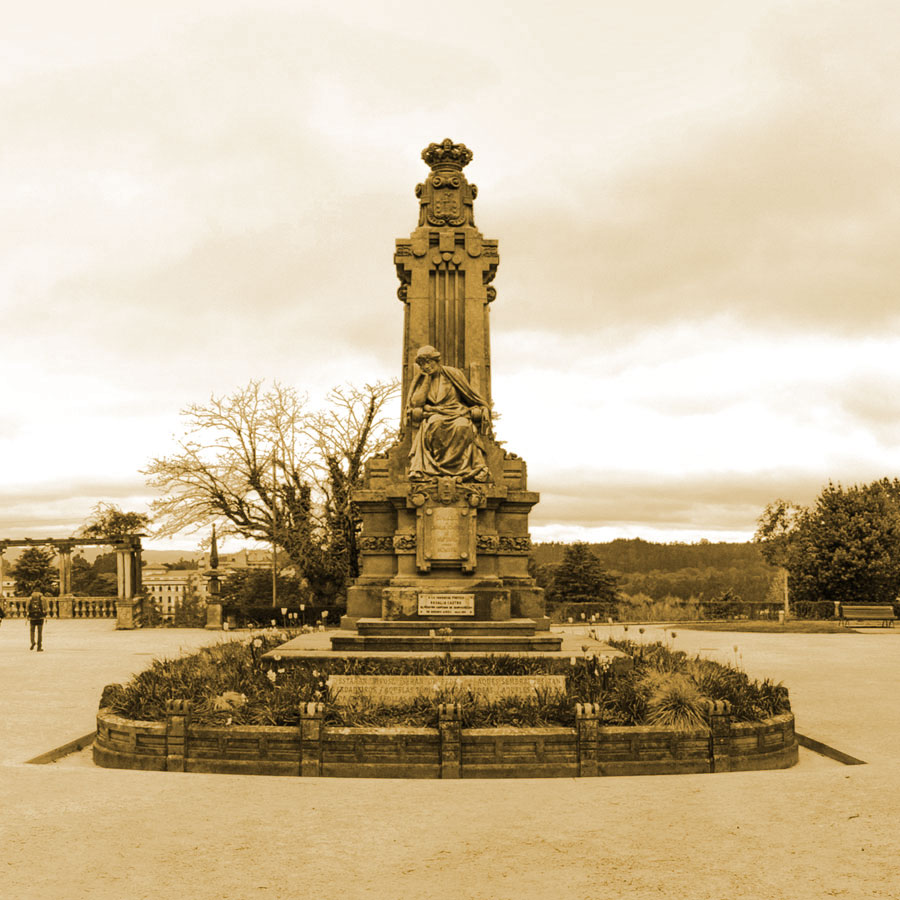 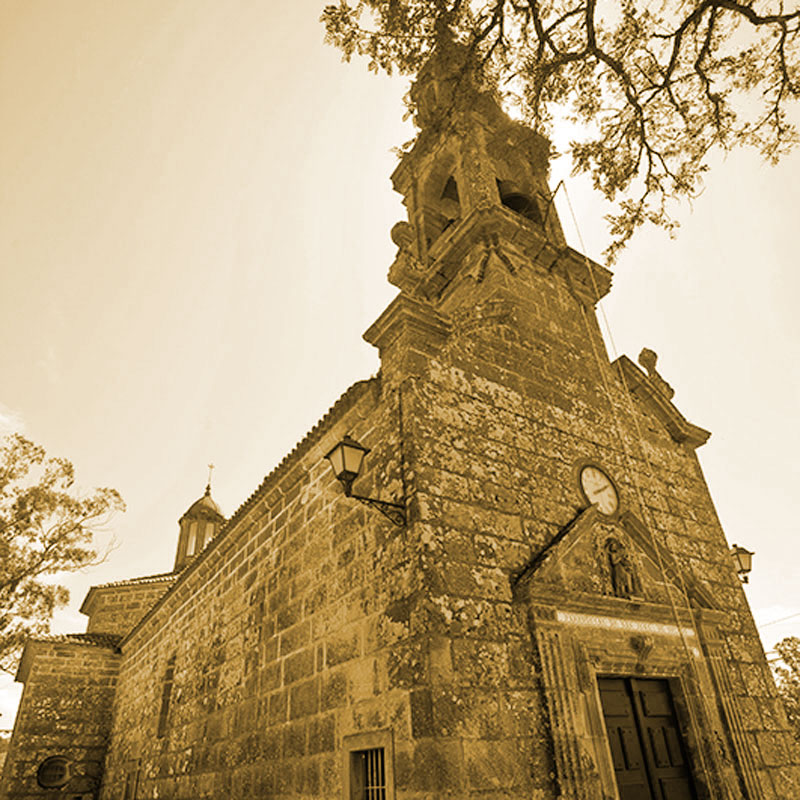 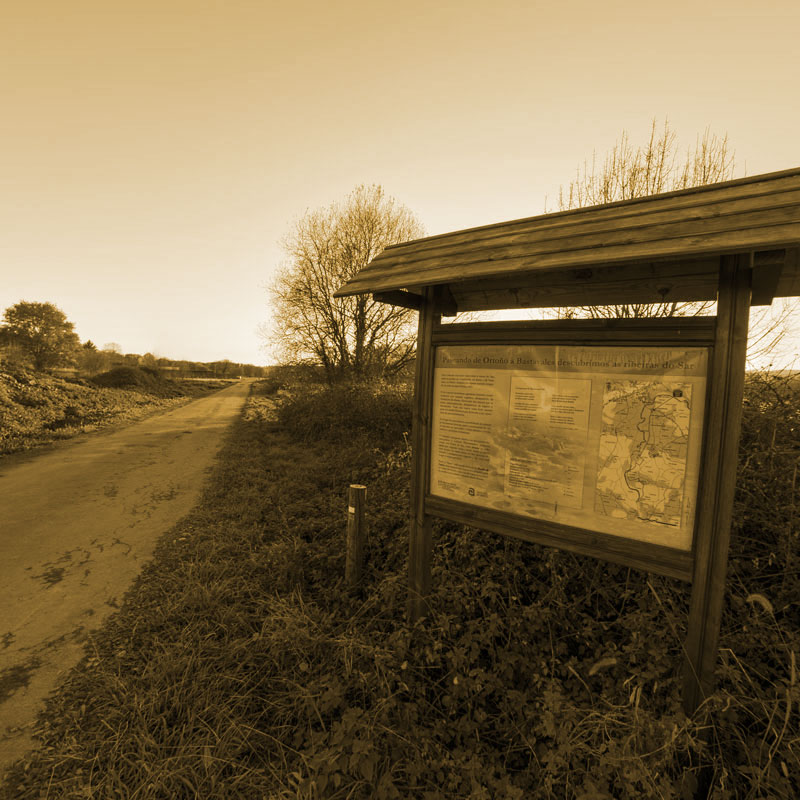 Route along the Sar Riverbanks 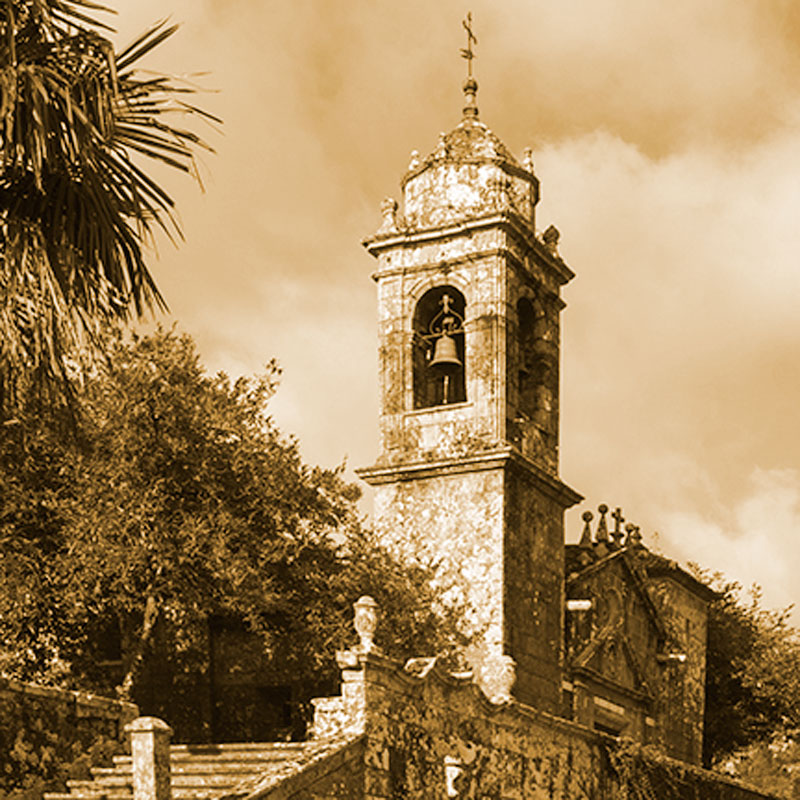 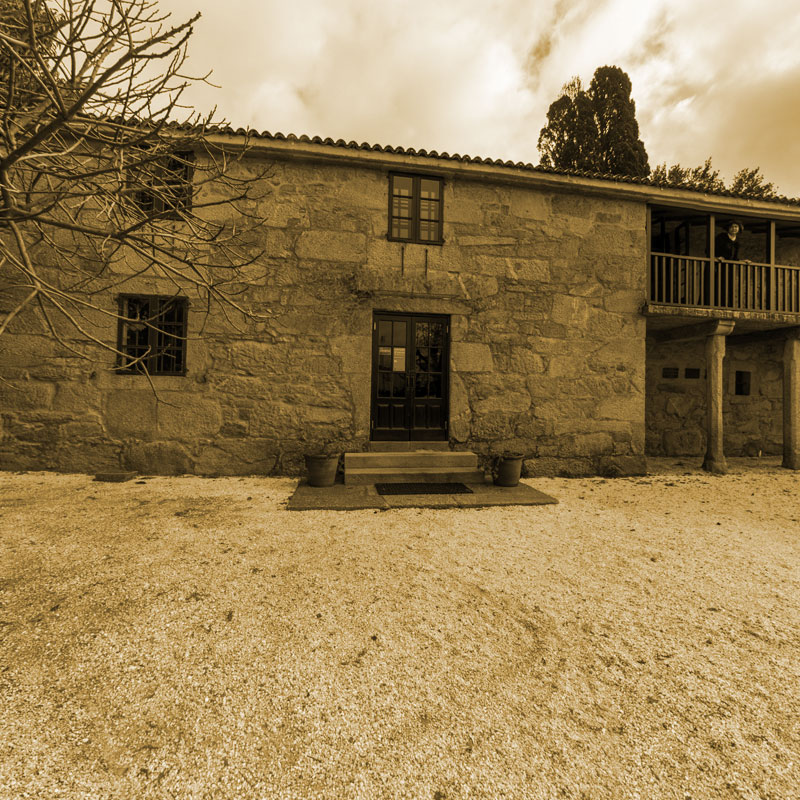 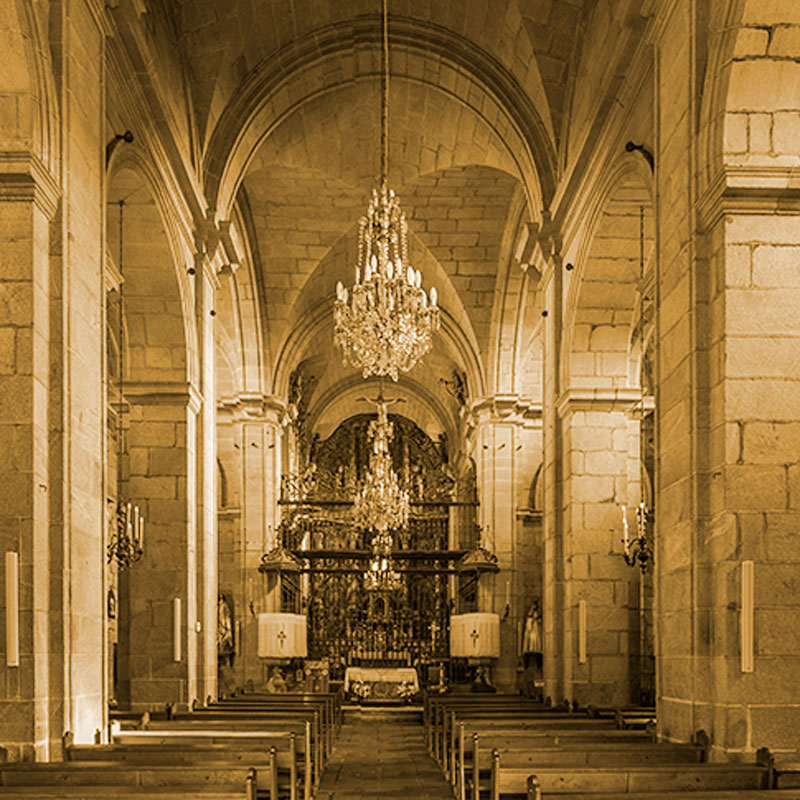 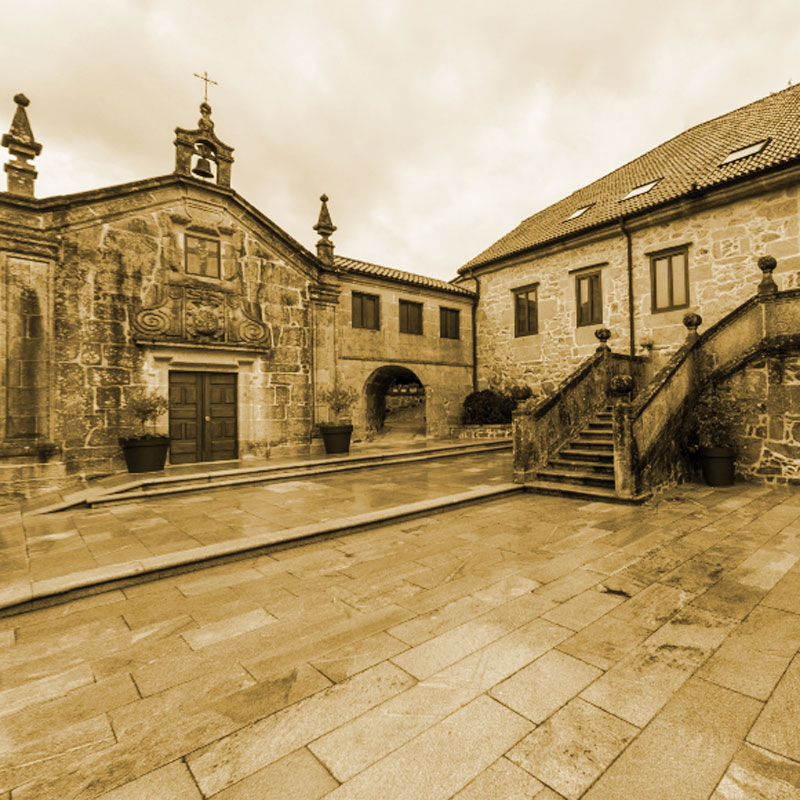 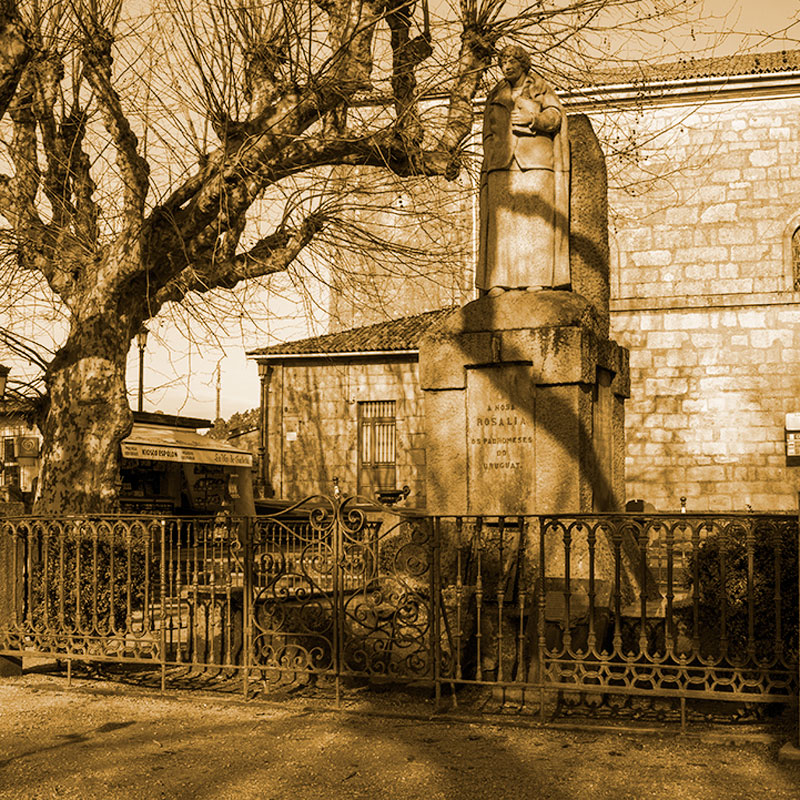 Espolón Statue and house where Rosalía grew up 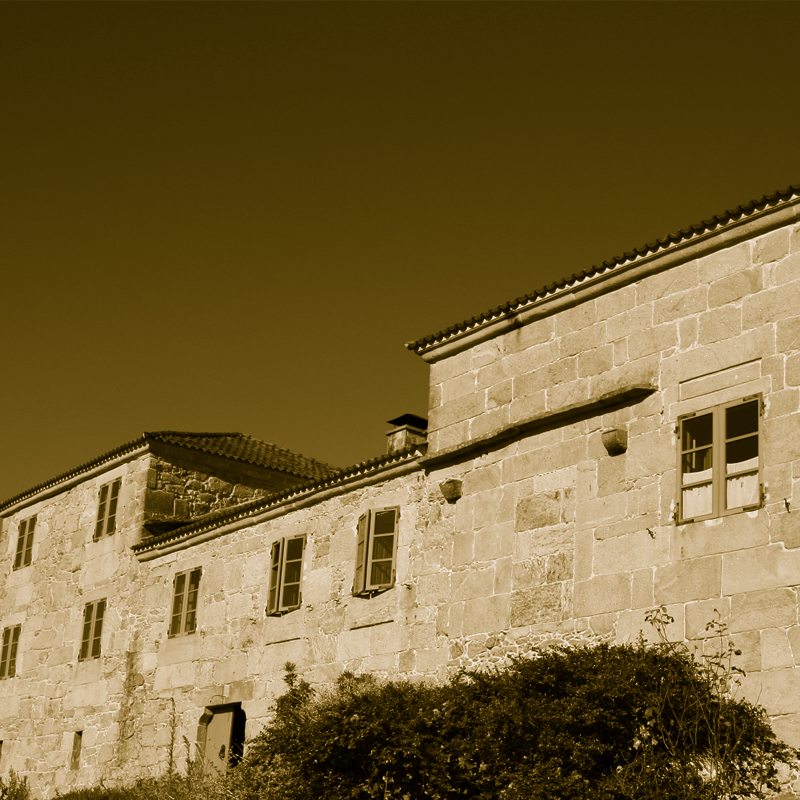 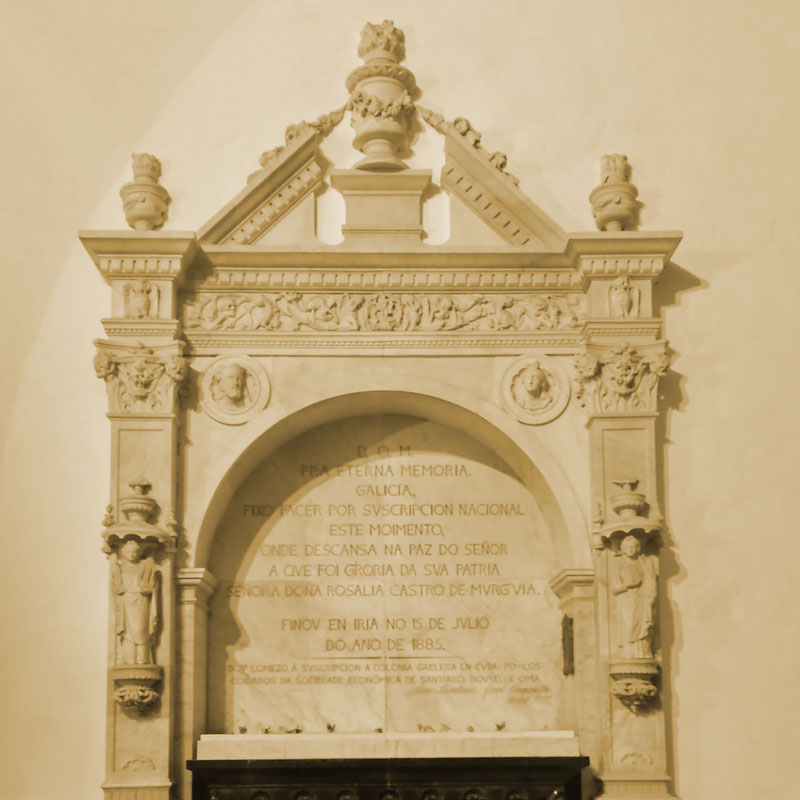