The section of the Rosalía Route that passes through the municipality of Ames starts at the house where Rosalía de Castro’s father was born, José Martínez Viojo, a priest in the Collegiate Church of Iria. Rosalía is believed to have spent part of her childhood here, after her birth in Compostela on February 24, 1837.

The house is located in the surroundings of Castro de Ortoño (Iron-Age settlement), after which this place is named. The house still retains many of its features from that time and stands out from the surrounding buildings due to its large size, “hórreo” (stone granary) and dovecot. After changing hands throughout the years, it is still privately owned today.

From here we can hear the bells of the Church of San Xulián de Bastavales, famous throughout the area and the source of inspiration for one of Rosalía’s best-known compositions.

On October 12, 1923, to commemorate the importance of this place in our famous writer’s life, a group of young university students, including Xosé Filgueira Valverde, Fermín Bouza Brey and Lois Tobío, came walking from Santiago to symbolically initiate what would become one of the most outstanding and brilliant intellectual adventures in our history. As the commemorative plaque on the house’s wall indicates: “Aquí naceu o Seminario de Estudos Galegos” (The Seminar of Galician Studies was born here).

We suggest discovering other sites in the municipality of Ames: the parish complex called “San Xoán de Ortoño,” which appears in several photographs included in the gallery of this site; and the “Route along the Sar Riverbanks” route, which links the municipalities of Ames and Brión following the Sar River, whose importance in Rosalía’s life and work is mentioned above. More information about this route is available in the next point of this itinerary “In Rosalía’s Footsteps.” 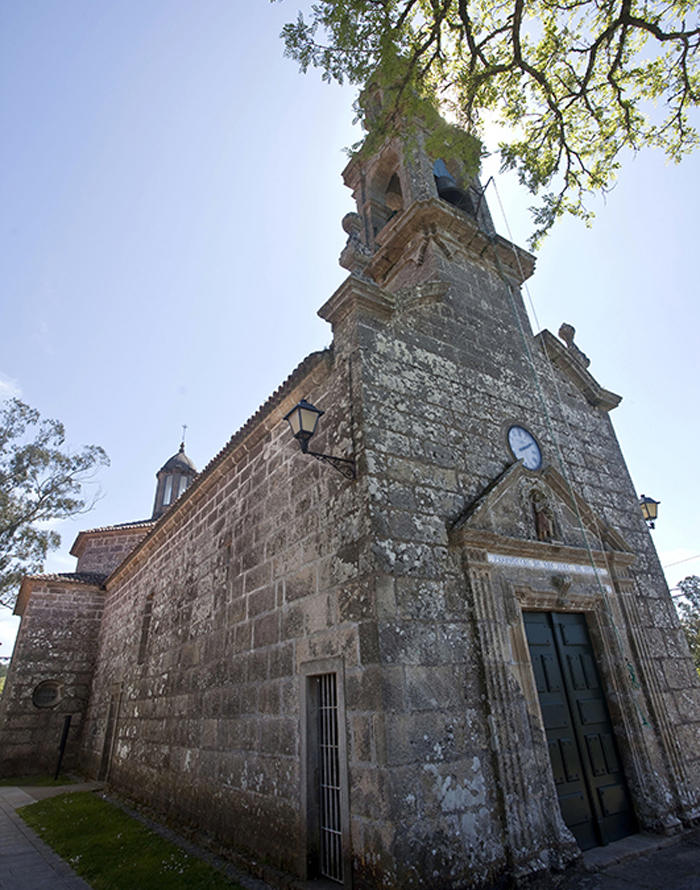