Rosalía’s footsteps in the municipality of Dodro can be found in Lestrobe, in Hermida Towers, also known as Pazo de Hermida. This construction, which was declared a Cultural Heritage Site, originates from ancient towers built to defend the Ria of Arousa in the 12th century. They are mentioned in a large number of medieval documents, such as secular Galician-Portuguese lyrical poetry or the Cantigas de Santa María. Later on, they were rebuilt to be used as a residence. In the 19th century, their owner, Gregorio Antonio de Hermida, married María Josefa de Castro, the daughter of the lord and lady of Arretén and the aunt of Rosalía de Castro. The poetess’ life and writings were therefore linked to this place, where she spent long periods in the company of her family and her cousin, “Don José de la Hermida y Pazos de Borbén,” the owner of the “pazo” (ancestral home) who was known as “Don Pepito.” He was a republican and freethinker, as well as a nudist regarding whom Castelao declared: “The earth never produced a man like him.” Rosalía sought refuge here after her mother’s death, in the summer of 1862. Later on, her twins Ovidio and Galicia were born in this place. The “pazo” became her home from 1879 to 1881.

In Hermida Towers, Rosalía wrote Padrón y las inundaciones in 1881 and composed part of Follas Novas, El primer loco, Costumbre Gallegas, El domingo de Ramos and Cartas a Murguía. The influence of Lestrobe and Dodro is evident in many of her poems, such as “Como chove miudiño” or “Ubi sunt,” which feature memories of these beloved places:

Hermida Towers feature prominently not only in Rosalía de Castro’s literature but also in the history of Galicia, since this was where, on March 26, 1930, the so-called Lestrobe Pact was made, in which the owner of the “pazo,” after it was sold by “Pepito Hermida,” Don José Vázquez Batalla, hosted an underground meeting of different republican forces. This led to the founding of the Galician Republican Federation, which had the objective of establishing a republican regime and attaining the Statute of Autonomy for Galicia. Inside the building is a table where the document was signed and a parchment commemorating the event.

The municipality of Dodro is especially significant for the Rosalía Route, due not only to Hermida Towers’ influence on Rosalía’s life and writings but also because it is the birthplace of two important scholars of the poet’s work: Avelino Abuín de Tembra (Imo, 1931-Santiago de Compostela, 2009) and Anxo Angueira Viturro (Manselle, 1961). The former, ideologist and promoter of the Rosalía Route, a literary itinerary featuring outstanding places in the writer’s life; and the latter, writer and current president of the Rosalía de Castro Foundation.

If you would like to discover more details about the history of Dodro and its famous heritage, we recommend that you visit Brañas de Laíño, one of Galicia’s most extensive, unknown and valuable wetlands, which forms part of the Galician Network of Protected Sites and is the nesting place for a subspecies of the common reed bunting, a legally protected bird that is classified as in danger of extinction.

Also not to be missed is the municipality’s extensive archaeological heritage. It is made up of five “castros” (Iron Age settlements), several burial mounds and numerous petroglyphs, which mainly date from the Bronze Age, among which the Bouzabadín rock art site stands out. It consists of a series of engravings in twelve rocks, featuring concentric circles, cup marks as well as cruciform, equestrian, anthropomorphic and zoomorphic scenes.

In relation to ethnographic heritage, there are numerous waterwheels, stone crosses, sun dials, dovecots and washing places scattered around the municipality. However, Dodro is, above all, a land of “hórreos” (stone granaries). Around 220 such constructions have been listed, among which the ensemble of “hórreos” in Lavandeira (Imo) stand out due to their beauty,

From an intellectual point of view, this fertile region is the birthplace of numerous figures belonging to the world of art, politics or other disciplines. If you would like to find out more about some of them, we recommend two literary routes: “Pensa Nao” and “Os día olvidados.” The former is an itinerary that visits literary spaces from the work of the writer from Manselle, Anxo Angueira, and takes us back to 1935, just before the outbreak of the Spanish Civil War, to a small village in Dodro (Sernanselle) where returnees establish a modern dairy cooperative in the midst of political and social unrest. The second route, “Os días olvidados do poeta Eusebio Lorenzo Baleirón (1962-1986)”, features places where the writer of Os días olvidados, O corpo e as sombras, Libro das viaxes e dos soños and A morte presentida lived. In 2017, he was proposed to be the featured writer of the Day of Galician Letters in 2018. 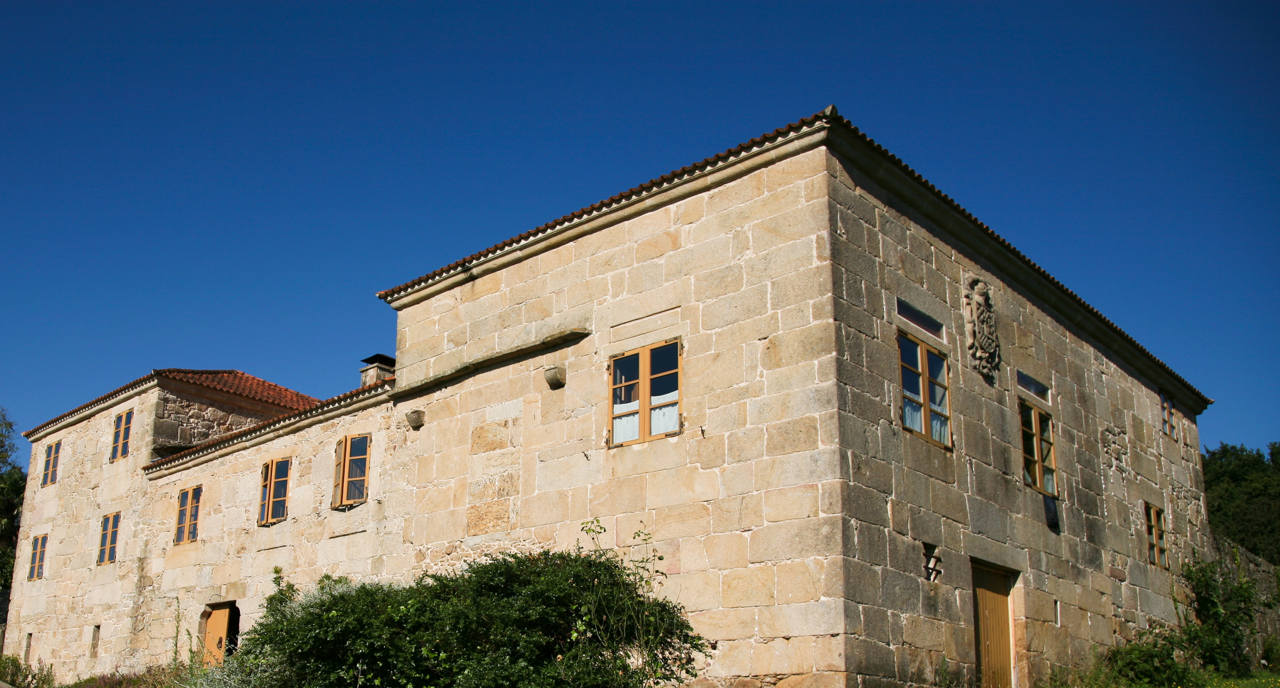